The Forest authors Festival, 2021:     Saturday November 6th
A day-long festival of Forest writing and authors from Reading the Forest and Dean Writers Circle
​A FREE event - you can book or turn up on the day
UPDATE - the start time of our event has changed: doors open at 12 noon. 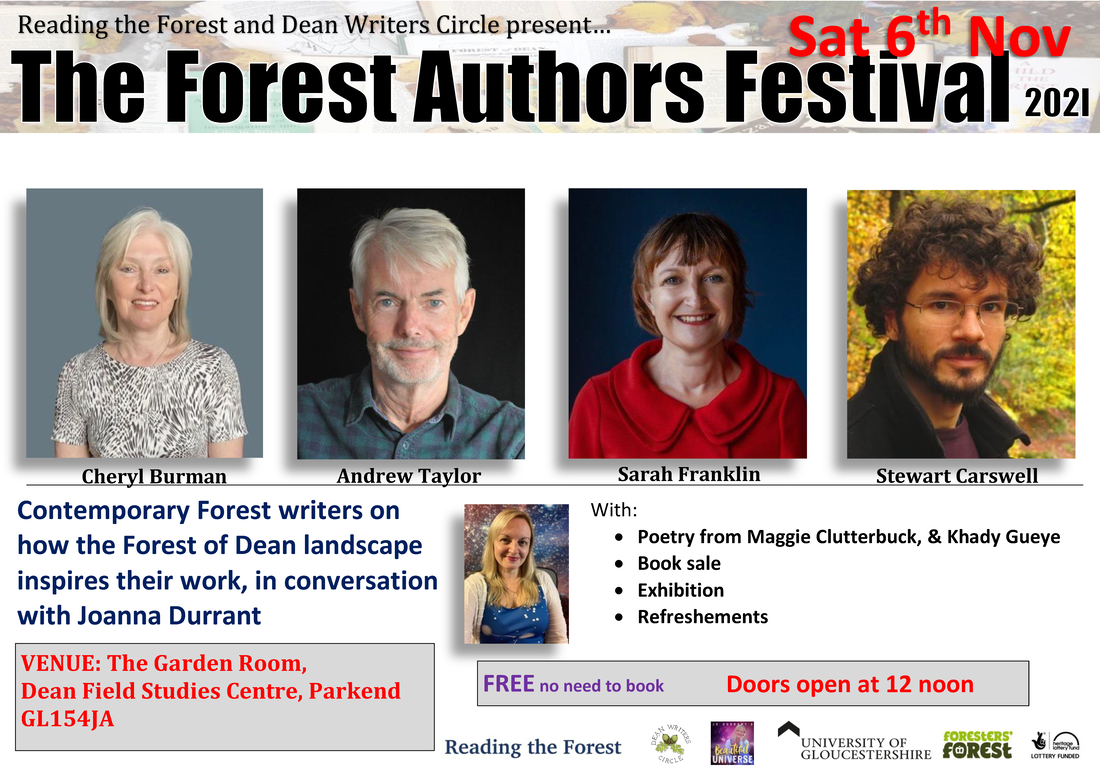 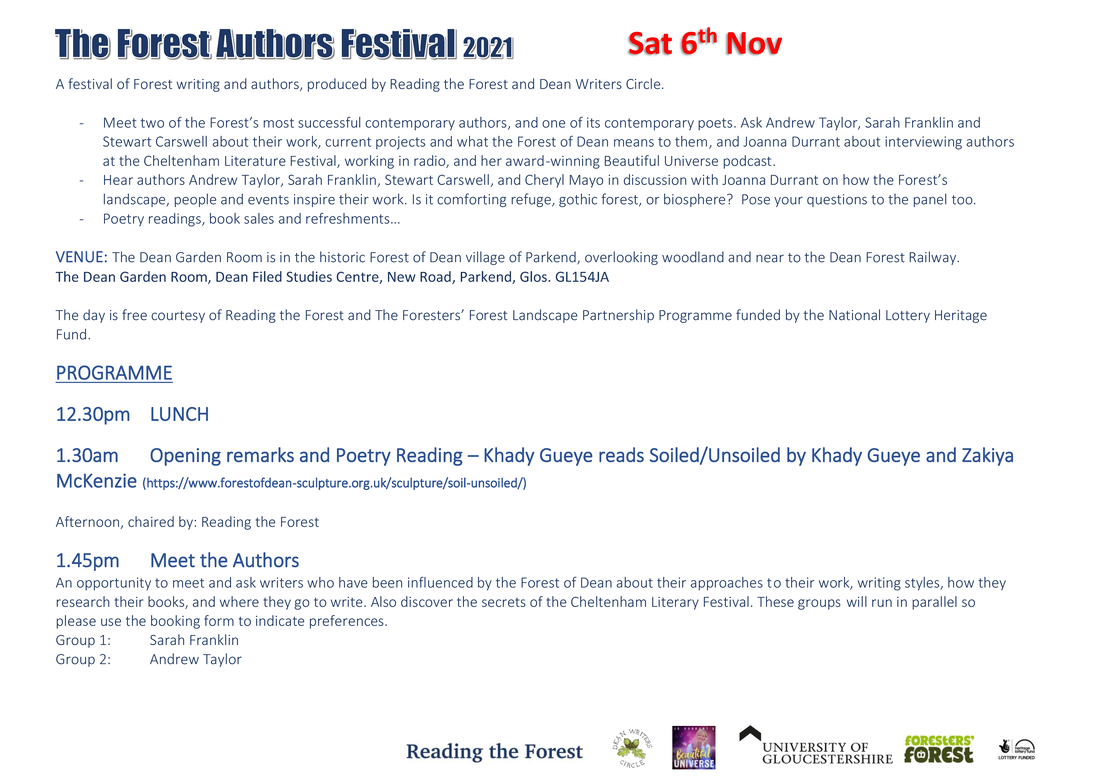 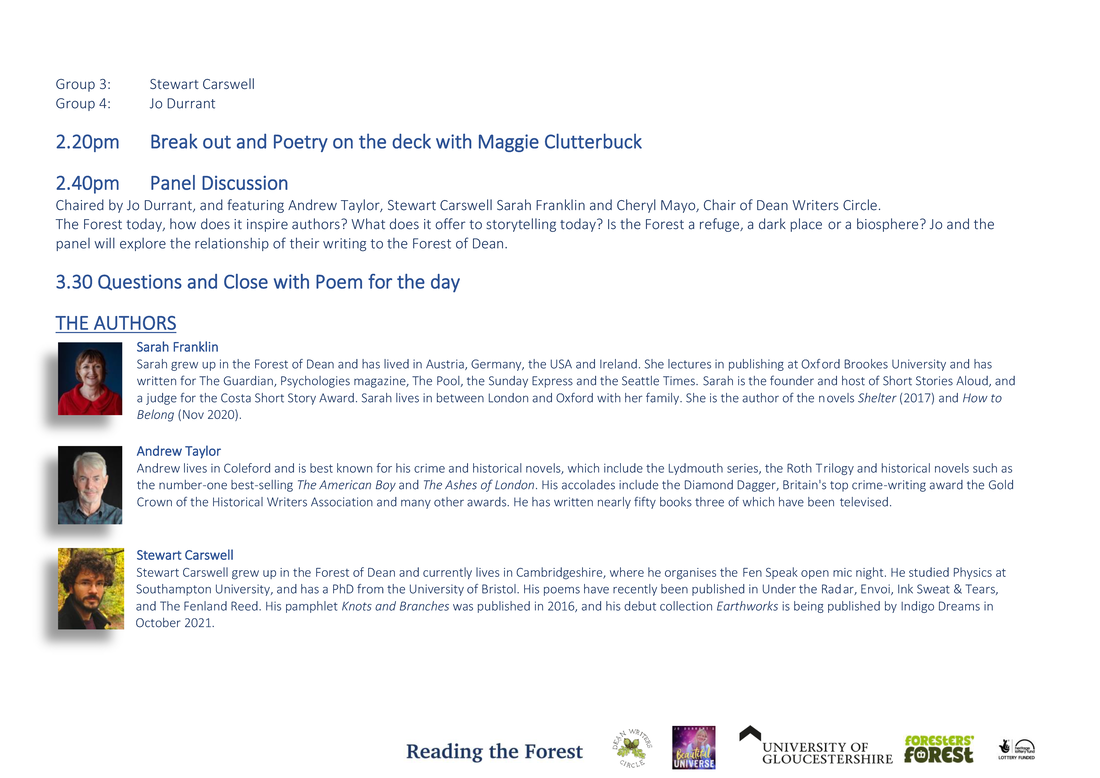 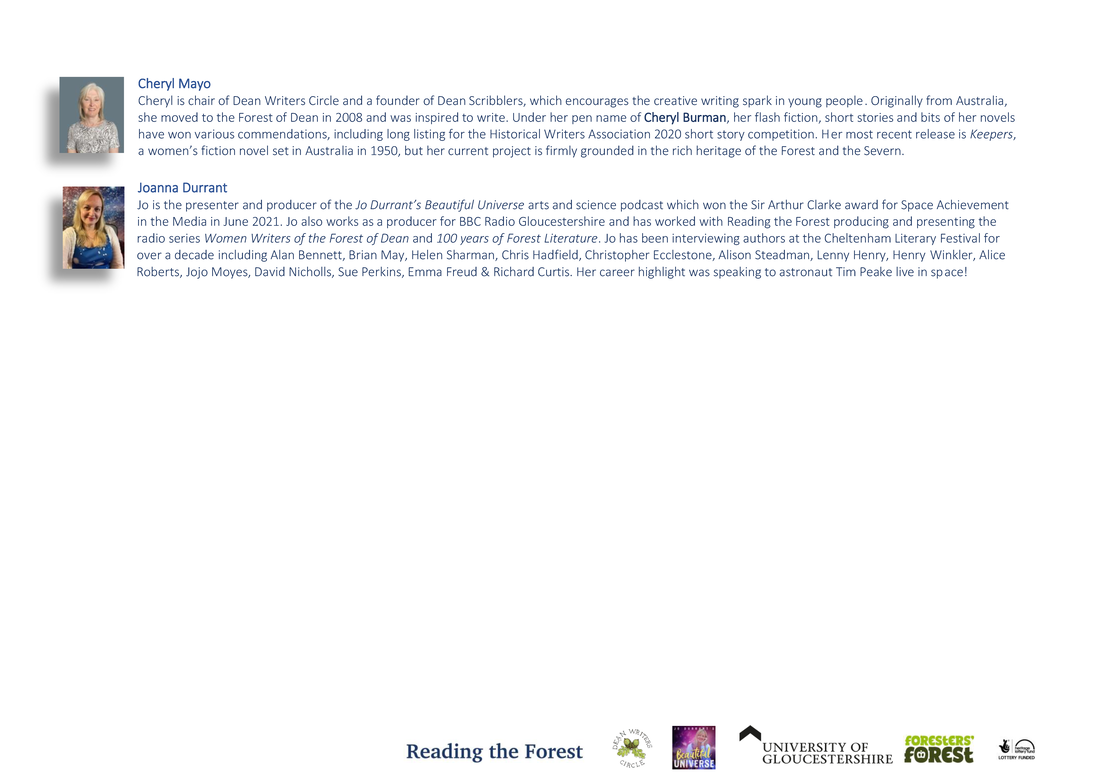 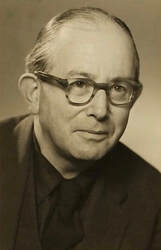 Leonard Clark was a nationally important poet, literary editor, and educationalist whose life and work were grounded in Cinderford and the Forest of Dean. He was fostered to a family on Belle Vue Road in Cinderford and raised in the town until he left to train as a teacher in the late 1920s. He became an influential figure in the world of poetry principally through his anthologies and his role in promoting poetry education for which he was awarded an OBE. He was admired and praised by luminaries such as Ted Hughes and Seamus Heaney before he died in 1981.

His early life and subsequent work were strongly influenced by his experiences in St Stephen’s Church which stood a few yards down the road from where he lived. His mother was a member of the congregation and he became a chorister in the Church. Written late in his life, his memoirs A Fool in the Forest and Green Wood are replete with stories and characters that centred around the Church which was at the heart of the community. Find out more about him - and hear some of his poems in his own voice - here.​ 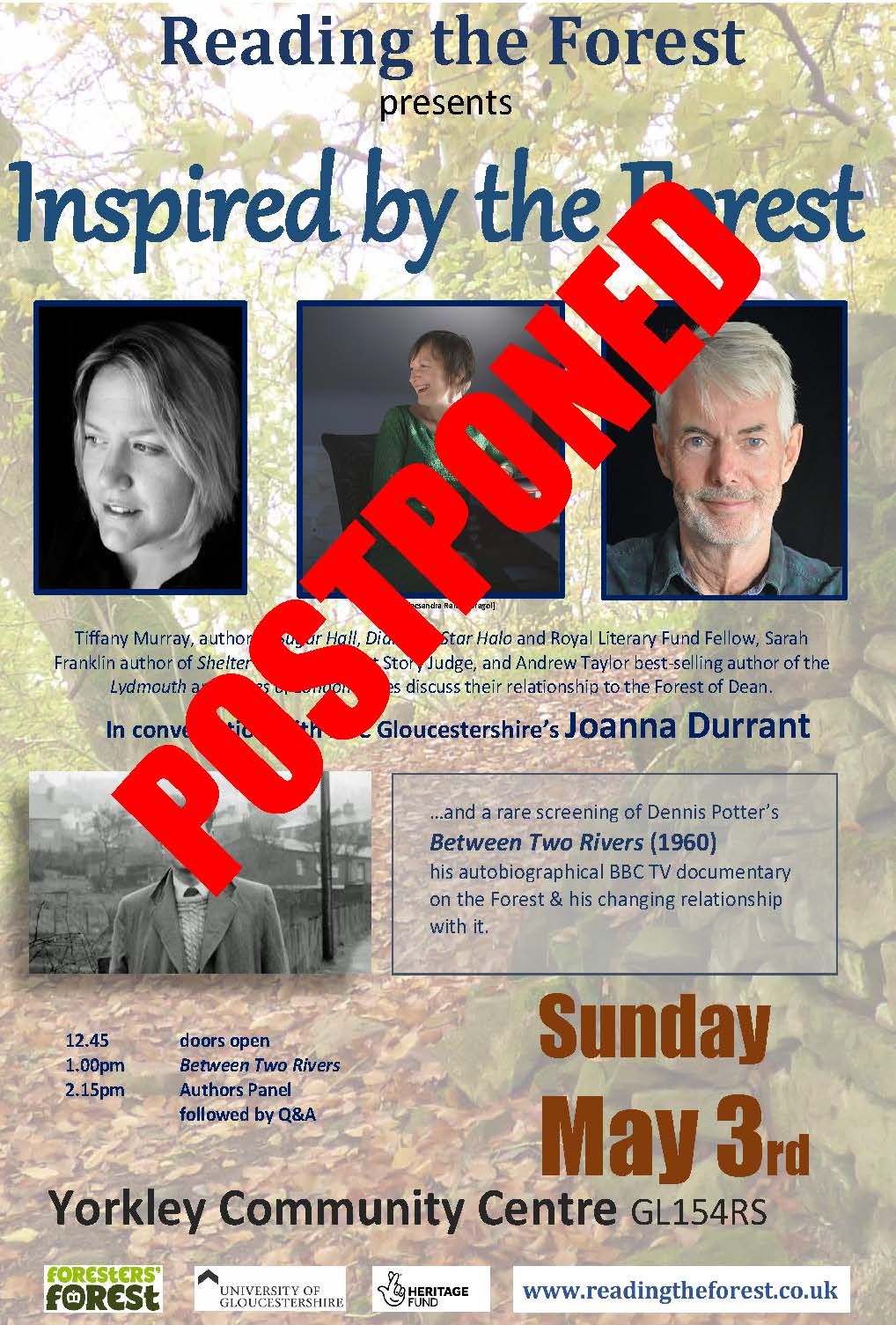 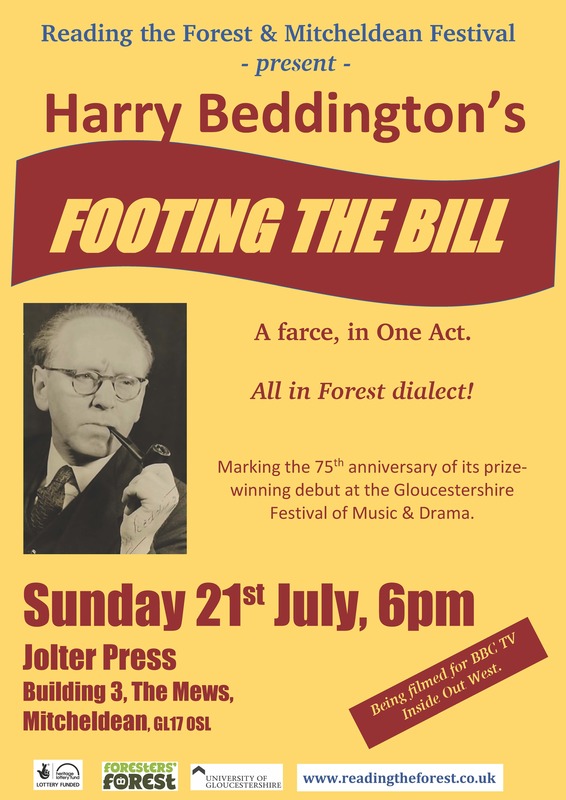 The Cinderford author Harry Beddington was a talented playwright too (as well as writer, poet, performer and illustrator) and this year is the 75th anniversary of his prize-winning play Footing the Bill. Harry's one-act farce -all in Forest dialect - won first prize at the Gloucestershire Music & Drama Festival of 1944. To mark the anniversary a quartet of skilled amateur actors are performing it as part of Mitcheldean Festival. And what could be more appropriate - it's at Jolter Press, home of the cider producer named after that legendary Forest character Jolter that Harry did so much to popularise through his anecdotes in the local newspapers, and his on stage persona.

Find out more about Harry's drama writIng here, and about him and his other work in the Authors section of this website.

A Fortunate Man Revisited - 50 years on 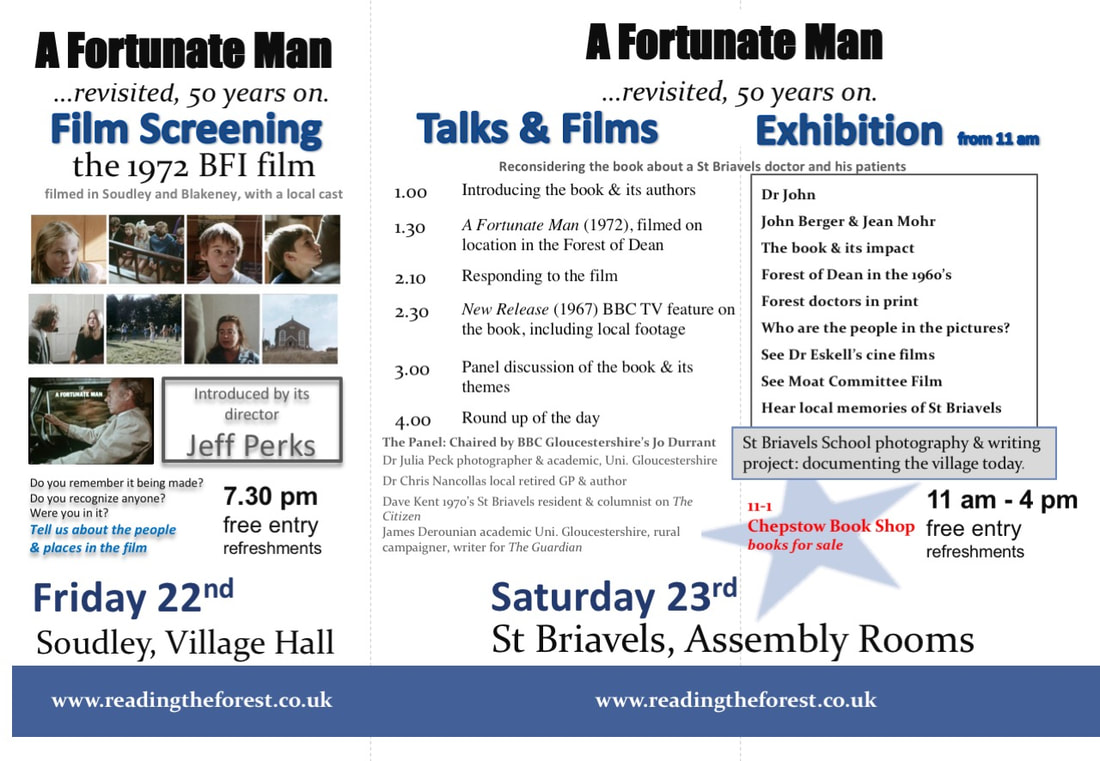 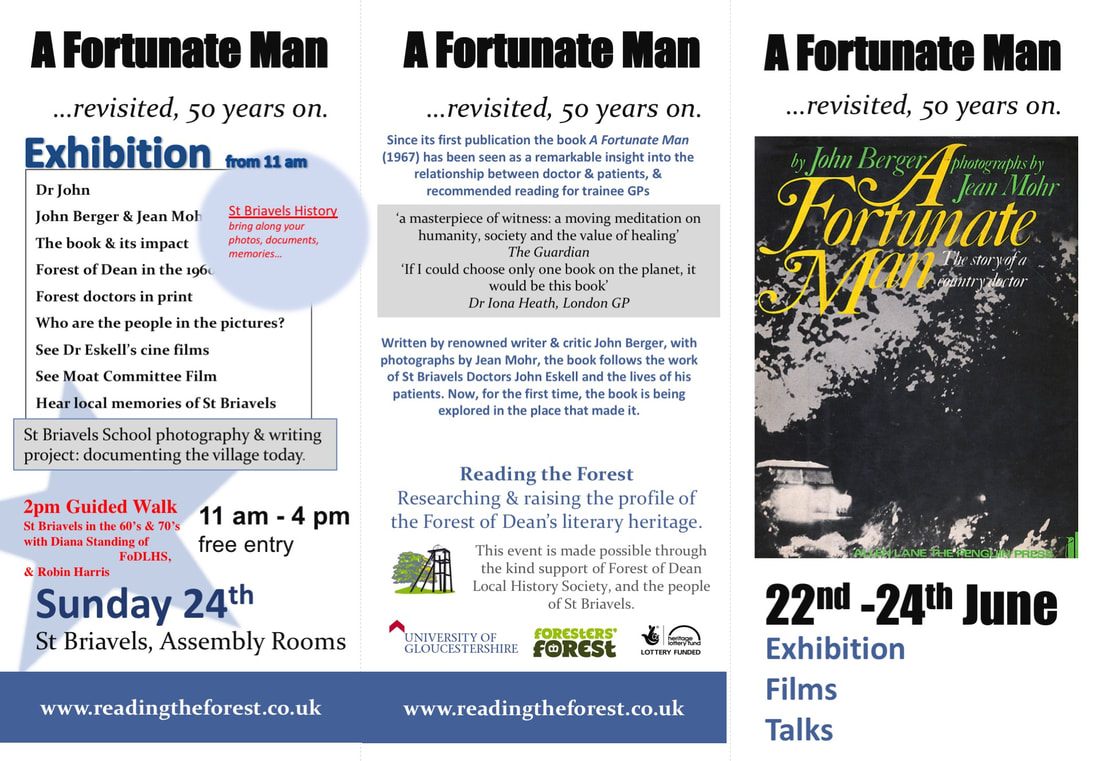 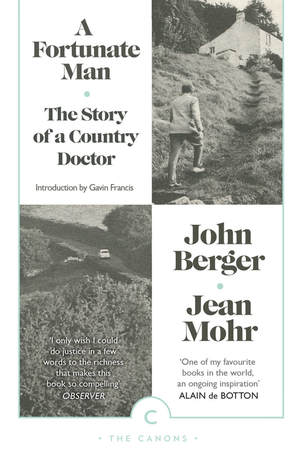 In 1967, A Fortunate Man, written by the art-critic John Berger with photographs by Swiss documentary photographer Jean Mohr, was published to international acclaim. It explored the relationship between a rural doctor and his patients in the Forest of Dean and would go on to become recommended reading for trainee GPs. It was an intense, probing analysis of the doctor – Dr John Sassal – but also provoked questions about the role of the GP more widely in society. The setting of the book – St Briavels – and the doctor and his patients were all anonymised in the interests of confidentiality and securing participation, although the pictures and the dramatic death of the GP years later made the location and participants apparent.

Friday, 22nd June, 7.30pm, Soudley Village Hall
Screening of A Fortunate Man the film
Docu-drama of the book, made in 1972 & filmed in Soudley & Blakeney and featuring local people. Introduced by special guest Jeff Perks the film’s producer and director. 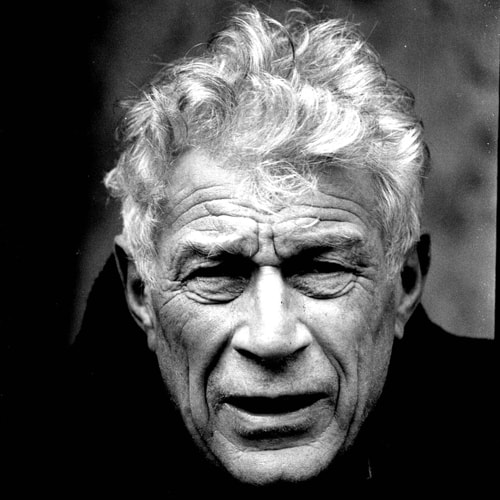